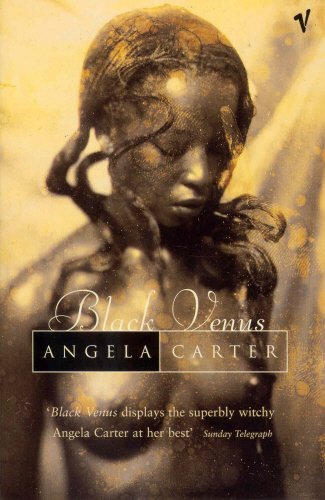 Black Venus (also published as Saints and Strangers), is an anthology of short fiction. Angela Carter takes real people and literary legends – most often women – who have been mythologized or marginalized and recasts them in a new light. In a style that is sensual, cerebral, almost hypnotic, “The Fall River Axe-Murders” portrays the last hours before Lizzie Borden’s infamous act: the sweltering heat, the weight of flannel and corsets, the clanging of the factory bells, the food reheated and reserved despite the lack of adequate refrigeration, the house “full of locked doors that open only into other rooms with other locked doors.” In “Our Lady of the Massacre” the no-nonsense voice of an eighteenth-century prostitute/runaway slave questions who is civilized – the Indians or the white men? “Black Venus” gives voice to Charles Baudelaire’s Creole mistress, Jeanne Duval: “you could say, not so much that Jeanne did not understand the lapidary, troubled serenity of her lover’s poetry but, that it was a perpetual affront to her. He recited it to her by the hour and she ached, raged and chafed under it because his eloquence denied her language.” “The Kiss” takes the traditional story of Tamburlaine’s wife and gives it a new and refreshing ending. Sometimes disquieting, sometimes funny, always thought-provoking, Angela Carter’s stories offer a feminist revision of images that lie deep in the public psyche.