Kate Chisholm in The Spectator 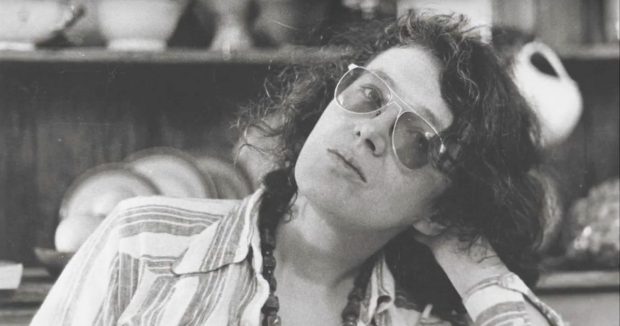 The writer Angela Carter (born in 1940) grew up listening to the wireless, her love of stories, magic and the supernatural fed by Children’s Hour, and especially a strange, frightening and yet captivating dramatisation of John Masefield’s novel Box of Delights. In the introduction to Sunday’s Drama on Three, which gave us two of her plays written for radio, Carter (voiced by Fiona Shaw) says that what she particularly likes about the medium is the way the listener has to (or is allowed to) contribute to the narrative, adding their imagination, their mind-pictures, their own way of seeing. Carter, just like Tom Stoppard, Harold Pinter or Howard Barker, really understood how to make the most of radio’s potential to make real the inner voice and relished the freedom to play with text and meaning unbound by concrete limitations.

In Vampirella (first broadcast in 1976 and here directed by Fiona McAlpine) Carter criss-crosses in an instant between subjective and objective reality. She was, she says, inspired to write it by the sound of her fingernails trailing across the top of the radiator in her study while she was sitting at her desk waiting to find something, anything, to write about. That sound made her think of a gilded birdcage, a hand cursed with nails three inches long, ‘fit only for gouging’. The daughter of Count Dracula, last in the line that began with Vlad the Impaler, is trapped in that darkened castle of popular myth somewhere in Transylvania, waiting for someone to come and release her. Up turns a stalwart Englishman, straight out of empire, who’s bicycling across the Carpathian mountains in search of adventure. An unfortunate accident lands him in the castle and at the mercy of those nails (brilliantly voiced by Jessica Raine, moving between menace and seductive charm at a whisper) and Vampirella’s Scottish sidekick, Mrs Beane, a ‘stern,tartan governess’, who ‘has a mouth like a steel trap’.

Carter might indulge in fantasy but her message is always pointed and her language richly coloured yet never indulgent. Sunshine becomes a kind of ‘irradiated darkness’; Vampirella’s hair falls down ‘inconsolably as rain’; the ‘angel of inquietude’ stirs in every corner. After escaping, saved by a passionless kiss and ‘the cold showers of my celibacy’, our Hero arrives in Bucharest to hear about the assassination in Sarajevo. The Count lives on ‘behind every battlefield’.