By Joan Acocella for The New Yorker 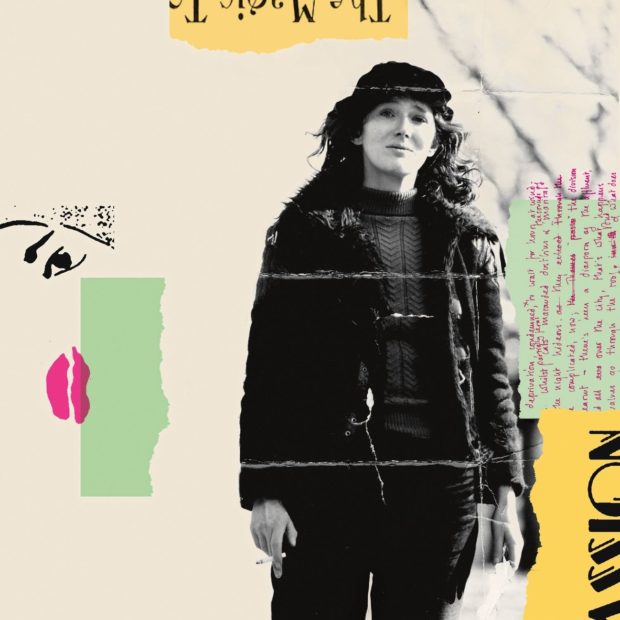 The English novelist Angela Carter is best known for her 1979 book “The Bloody Chamber,” which is a kind of updating of the classic European fairy tales. This does not mean that Carter’s Little Red Riding Hood chews gum or rides a motorcycle but that the strange things in those tales—the werewolves and snow maidens, the cobwebbed caves and liquefying mirrors—are made to live again by means of a prose informed by psychoanalysis and cinema and Symbolist poetry. In Carter’s version of “Beauty and the Beast,” retitled “The Tiger’s Bride,” the beast doesn’t change into a beauty. The beauty is changed into a beast, a beautiful one, by means of one of the more memorable sex acts in twentieth-century fiction. At the end of the tale, the heroine is ushered, naked, into the beast’s chamber. He paces back and forth:

I squatted on the wet straw and stretched out my hand. I was now within the field of force of his golden eyes. He growled at the back of his throat, lowered his head, sank on to his forepaws, snarled, showed me his red gullet, his yellow teeth. I never moved. He snuffed the air, as if to smell my fear; he could not.

Slowly, slowly he began to drag his heavy, gleaming weight across the floor towards me.

A tremendous throbbing, as of the engine that makes the earth turn, filled the little room; he had begun to purr. . . .

He dragged himself closer and closer to me, until I felt the harsh velvet of his head against my hand, then a tongue, abrasive as sandpaper. “He will lick the skin off me!”

And each stroke of his tongue ripped off skin after successive skin, all the skins of a life in the world, and left behind a nascent patina of shiny hairs. My earrings turned back to water and trickled down my shoulders; I shrugged the drops off my beautiful fur.

Imagine that: a great, warm, wet, abrasive tongue licking off skin after skin, down to the bottommost one, which starts to sprout shiny little animal hairs.

Because Carter took on fairy tales, she was sometimes pigeonholed as a “white witch,” the sort of person who reads Tarot cards and believes that the earth speaks to her. It didn’t help that she favored an outré look, with long, flowing skirts and, in her late years, a great, disorderly mane of white hair. (Andrew Motion said she looked like “someone who’d been left out in a hurricane.”) So it’s good to see that “The Invention of Angela Carter” (Oxford), by Edmund Gordon, a lecturer in English at King’s College London, is a notably levelheaded book. The first thorough account of Carter’s life, it is an authorized biography—Gordon had the coöperation of Carter’s intimates, and access to her letters and diaries. It shows the faults endemic to that genre: too much detail, together with a suspicious vagueness about family members who are still alive. But it reclaims Carter from the fairy kingdom and places her within what sounds like a real life. Unsurprisingly, we find out that the white witch cared about her reviews and sales.

Carter was born in 1940 and grew up in a quiet, middle-class suburb of London, the second child of a straitlaced mother, Olive—she turned off the TV if a divorced actor came on the screen—and a father, Hugh, who was the night editor of London’s Press Association. Both parents spoiled Angela outrageously. She was crammed with treats, bombarded with kittens and storybooks. Her mother never put her to bed until after midnight, when Hugh got back from work—she wanted her company—and, even then, often let her stay up. Hugh brought home long rolls of white paper from the office for her, and as her parents chatted she wrote stories in crayon.

She grew to be a tall, pudgy child, with a stammer. Between those disadvantages and extreme shyness, which she covered with an aloof and frosty manner, she had few friends. Olive redoubled her attentions. Angela was not allowed to dress herself, or to go to the bathroom alone. Finally, she rebelled, went on a diet, and changed from a fat, obliging girl to a skinny, rude girl. She slouched around in short skirts and fishnet stockings, smoking and saying offensive things to her mother.

She was a good student, though, in a good school. The 1944 Butler Act, riding the same democratic wave as the American G.I. Bill, provided grants for gifted children from regular backgrounds to go to élite private schools. Carter, as an adult, had a theory that this created Britain’s first real intelligentsia, a group of people who had no interest in using education to maintain the class system but who simply wanted to operate in a world of ideas. If so, she was one of them. Her teachers urged her to apply to Oxford. Olive, hearing this, pronounced it an excellent idea, and said that she and Hugh would take an apartment there, to be close to her. Angela thereupon dropped all thought of going to university. Marriage, she realized, would be the only way to escape her parents.

Through her father’s connections, she got a job as a reporter. She started writing record reviews and liner notes and getting involved in London’s music scene. In an independent record store, she met a serious-minded young man, Paul Carter, an industrial chemist who moonlighted as a producer and seller of English folk-song records. Gordon thinks that Paul was the first man to take a romantic interest in Angela. Or, as Angela put it, “I finally bumped into somebody who would . . . have sexual intercourse with me.” But Paul insisted that they get engaged first, and so Angela found herself, at twenty, a married woman.

They seem to have been happy at the beginning. Paul taught Angela to love English folk music, thereby giving her a great gift. The folk iconography, in time, offered her an escape hatch from the rather gray realism dominant in British fiction of the period. Folklore also presented her with a set of emotions that, while releasing her, eventually, from sixties truculence, nevertheless felt true, not genteel.

But soon the marriage was failing. Paul suffered engulfing depressions. Sometimes he and Angela barely spoke for days. She felt swollen with unexpressed emotion. “I want to touch him all the time, with my hands & my mouth,” she wrote in her diary. “(Poor luv, it annoys him.)” The note of sarcasm here is interesting. Through some miracle, Angela, who had little sexual self-confidence—she once described herself as “a great, lumpy, butch cow . . . titless and broadbeamed”—did not allow Paul’s withdrawal to demoralize her. She wanted to save herself. On her twenty-second birthday, her Uncle Cecil, knowing that she was unhappy, invited her to lunch at an Italian restaurant and told her to apply to university. As she recalled, he said to her, “If you’ve got a degree you can always get a job. You can leave your husband any time you want.” (read the full article at the New Yorker)