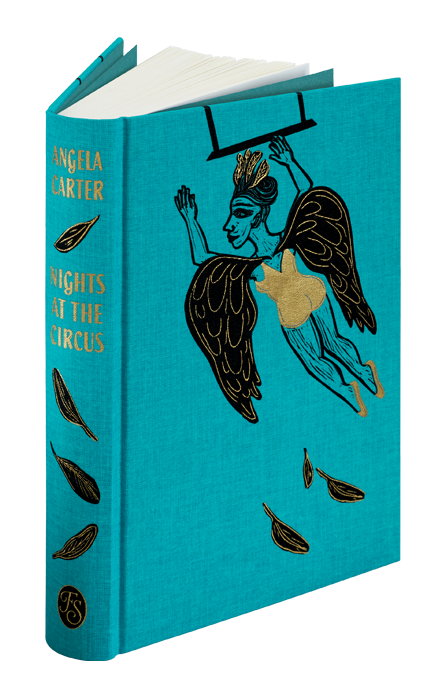 The Folio Society are issuing a lavish, illustrated edition of Angela Carter’s Nights at the Circus, with dazzling artwork by Eileen Cooper of the Royal Academy – you can read an interview with the artist here.

“Nights at the Circus is her masterpiece; it’s also the most engaging and accessible of her fictions. Her earliest novels tend towards the stylised; Nights, by contrast, is a sprawling, garrulous book, a picaresque story of Rabelaisian proportions, with a suitably larger-than-life heroine: Fevvers, the winged Victorian ‘Cockney Venus’, six feet two in her stockings, with a voice like clanging dustbin lids and a face as ‘broad and oval as a meat dish’.”

Nights at the Circus tells the story of Sophie Fevvers, half woman, half swan, all super star, and journalist Jack Walser’s quest to find the truth behind her unlikely legend. Stuffed to the gills with Angela Carter’s wildly original storytelling, gorgeously slippery language, and all the pleasures and horrors of a fairy tale, this first illustrated edition features nine exclusive colour illustrations and a set of black-and-white chapter headings by celebrated printmaker Eileen Cooper. A Royal Academician, Cooper has credited fairy tales, mythology and the female figure as core inspirations for her work, making her the perfect artist to bring Carter’s lush imagery to life. Sarah Waters’s novel Tipping the Velvet trod the same theatrical boards as Nights at the Circus, and here she provides an introduction celebrating Carter’s ‘masterpiece’ and the author’s unique power to ‘unsettle as well as to inspire and console’. This is a sensational edition of one of the 20th century’s greatest literary spectacles.

You can buy the edition directly from the Folio Society

Eileen Cooper’s artwork for this edition will be displayed online at the Sims Reed Gallery in London. Opening on 4 March 2021, ‘Nights at the Circus’ will run until 2 April 2021. The exhibition is a unique opportunity for admirers of both Eileen Copper and Angela Carter to discover what happens when the creative genius of these two inspirational women collides. 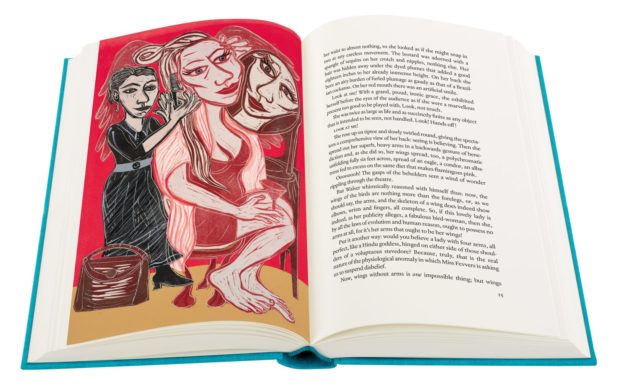 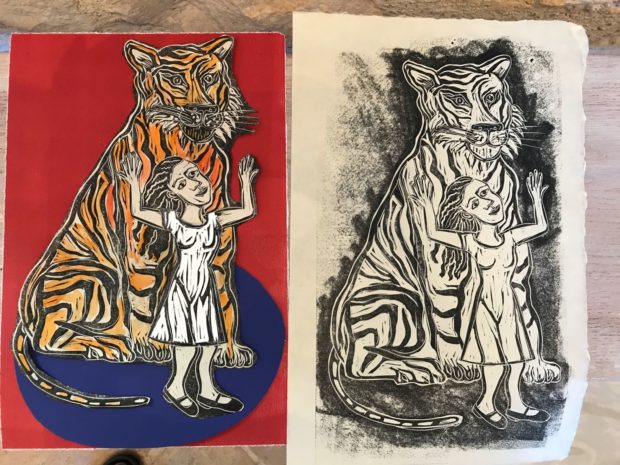 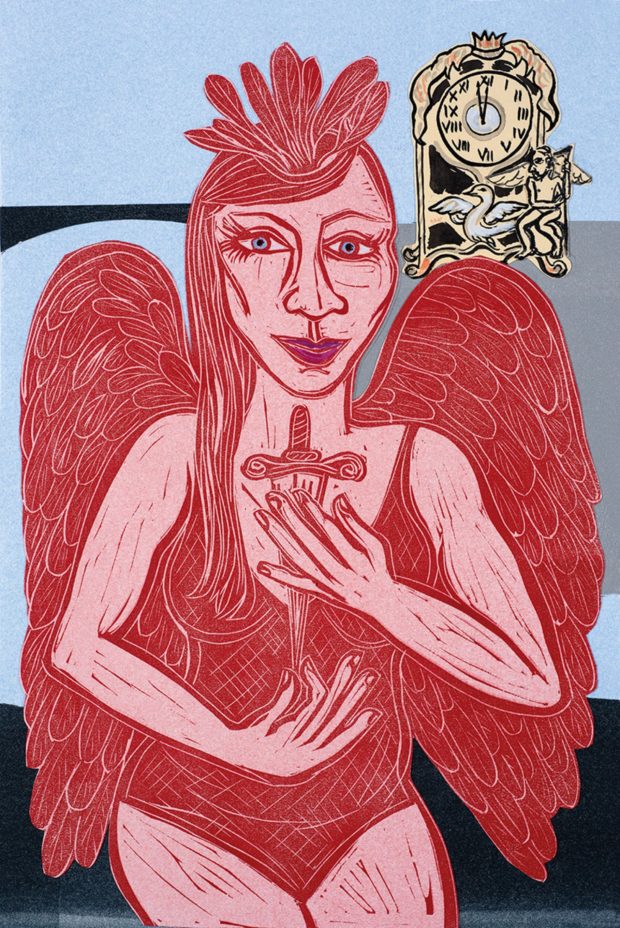 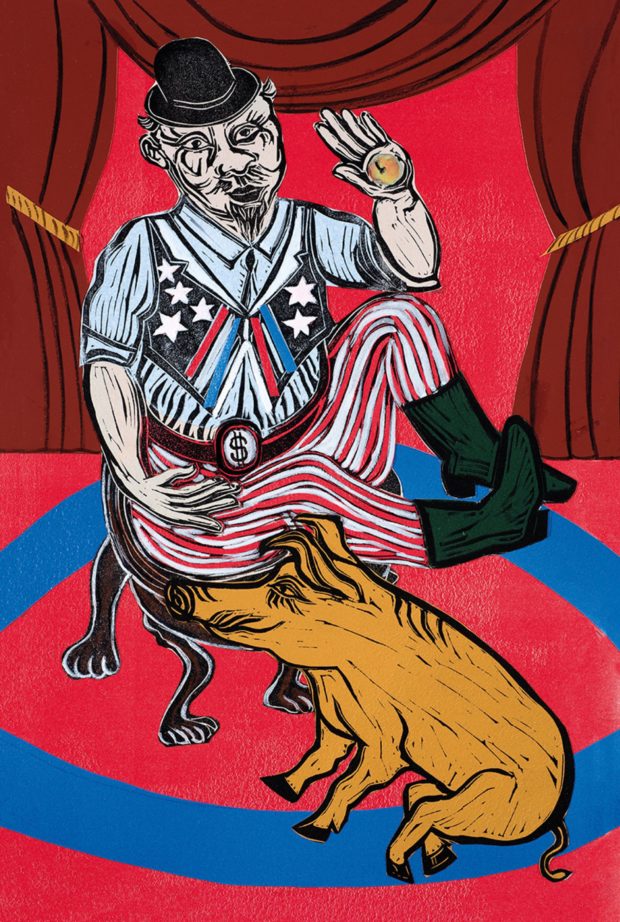