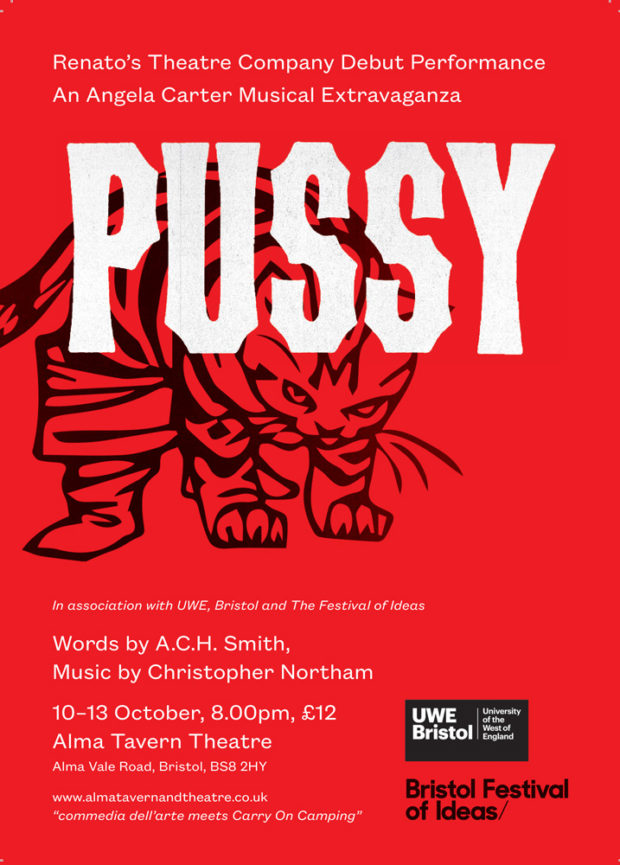 Pussy is a musical adaptation of Angela Carter’s radio play and short story Puss-in-Boots from her well-known collection of short stories, The Bloody Chamber. Carter’s genius was to unfurl the feline raunchiness implicit in Charles Perrault’s tale. The outcome is high comedy and the target it hits is the male chauvinism imprisoning human sexuality. The show presents sexual intrigue and seduction as seen through the eyes of a talking, booted, dilettante cat.

This musical version of Carter’s radio play and short story, ‘Puss-in-Boots’, commemorates the 25th anniversary since her death. This extravaganza is a blend of Perrault’s fairytale (translated by Carter), commedia dell’ arte and Figaro from the operas by Mozart and Rossini. The music captures the prose of such antics as his somersaulting holding a full wine-glass and speaking in French, the language closest to a purr. Music and lyrics have a feline quality. The ribald cynicism of the tom-cat protagonist expresses Carter’s radical treatment of traditional fairytales, which expose gender issues still relevant today. 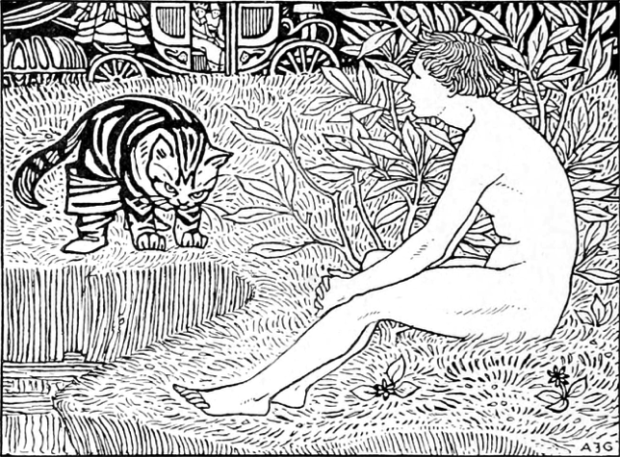 Angela Carter was one of the greatest writers of the twentieth century, best known for her transformations of the fairy tale. She also wrote a libretto for an opera and published the children’s book, Comic and Curious Cats (1979). Around five of her nine novels were written while she was living in Clifton, Bristol during the 1960s and where she studied English at the University of Bristol. This entertainment promises to capture her subversive humour and to introduce or re-acquaint audiences with her highly original and wicked imagination.